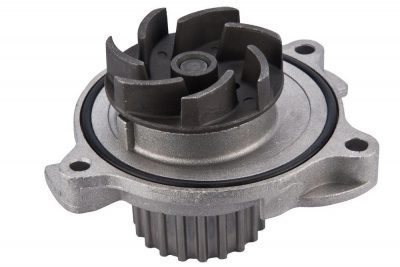 Water Pumps-all you need to know 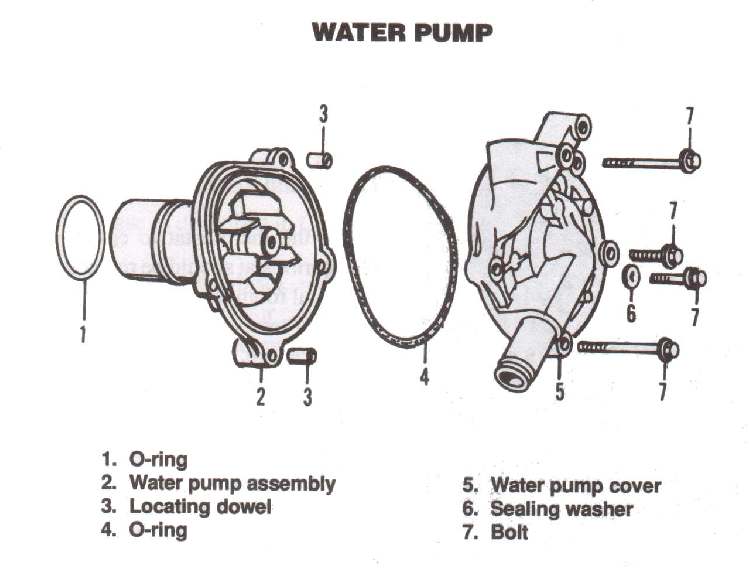 Water Pumps are necessary to circulate coolant through the car engine’s water ports, to transfer heat which is caused my friction of the internal combustion engine’s moving parts, to the radiator.

Bringing in cooled liquid, to repeat this process, continually, as long as the engine is running.

This process helps regulate the engine temperature and prevent over heating.

The most common used is the centrifugal water pump(mechanical).

Water Pumps were used in car’s since the Internal Combustion Engine was invented back in 1883 and has seen vast improvements over the years even being electrified in our modern age.

In earlier years water pumps were made to be serviceable where kits were available and the main body of the Water Pump was re used and all wearable parts could be replaced, like impellers, bearings and seals.

In our modern times, it is made as a sealed unit, to be removed, discarded and replaced when worn.

The Water Pump works in conjuction with many other components which together makes up the cooling system, namely

In this post I will focus solely on the Water Pump.

How the Centrifugal Water Pump Works

Coolant is drawn into the engine by the Water Pump impeller, connected to the engine’s cooling system, as the impeller spins, centrifugal force flings the coolant toward the outlet port incorporated into the pump, which leads to the water jackets in the engine.

The coolant is forced through a restriction to the outlet water jacket, in so doing causing the water to pressurize, allowing a stronger flow through the engine.

The coolant is then able to flow faster through the engine and reach areas further away from the Water Pump, quicker.

It also allows the cooled liquid to return quicker in order to transfer heat away from the engine faster, keeping the car’s operating temperature constant.

This is commonly known as coolant flow pressure.

What Drives the Water Pump ?

Power is taken from the crankshaft, transferred through the Fan/Cam belt to the Water Pump pulley.

In most modern cars today, the Fan Belt also provides power to other components such as:-

Electric Water Pumps perform the same function as centrifugal pumps, except that it is driven by electric as opposed to a belt, it is mainly used as auxiliary pumps in high performance engines, where higher water pressures are required. 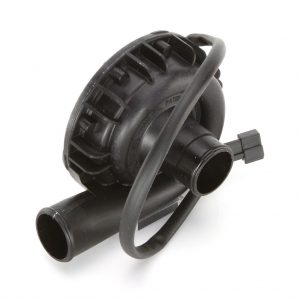 I hope this is helpful to you and that you find value in it.

Please Comment below, I would love to hear your thoughts

Until Next Time "Safe Motoring"