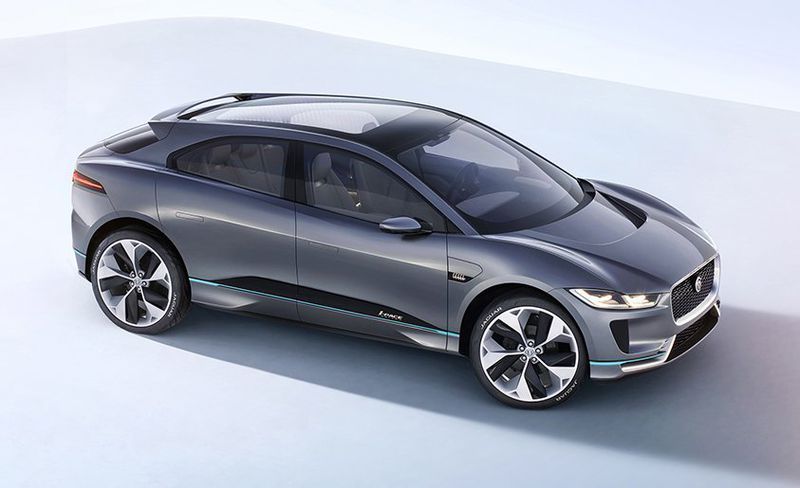 It was announced that the Jaguar I pace, an all electric car, will make up the majority of an all electric luxury chauffeur car fleet, run by WeKnowGroup,  in a deal with Heathrow. As many as 50 Jaguar i paces will be delivered for the 2018 Summer season and a further 150 as a further option later.

The Jaguar I-PACE’s state-of-the-art 90kWh Lithium-ion battery uses 432 pouch cells, delivering a range of 480 kilometres. A chauffeured vehicle drives around on average 180 kilometres per day, allowing the I-PACE vehicles to easily complete a whole day’s driving on a single charge – even with passengers, in winter and with motorway driving. With the ability to charge at 100kWh, I-PACE can be ‘refuelled’ from 0% to 80% in just 40 minutes.

Jeremy Hicks, Jaguar Land Rover UK MD, said: “What we have created in the Jaguar I-PACE is utterly revolutionary; a desirable, luxurious and state-of-the-art electric vehicle that’s practical for genuine everyday use, including the tough life of an airport luxury chauffeur car.”

“We have had huge interest and positivity from our customers worldwide. We’re also delighted that this endorsement extends to some of the biggest corporations on the planet. Through our partnership with Waymo (formerly Google self-driving car project) and this latest deal with Heathrow and WeKnowGroup, we’re excited to be bringing the electric future to more people than ever before.”

Peter Buchanan, CEO, WeKnowGroup said: “This is a significant step-change in our successful, decades-long relationship with Heathrow where we operate arrivals desks in all terminals, to assist thousands of travellers every year. We provide transport as well as a broad range of other services including entertainment, hotel rooms, tours, attractions and telecoms products. Today’s agreement also extends our deep, long-standing relationship with Jaguar which has allowed us to proudly claim that we run the largest chauffeured executive Jaguar fleet in the UK. “

Emma Gilthorpe, Executive Director at Heathrow, said: “We are thrilled to be working with two British companies on this landmark initiative to support more sustainable transportation choices for our passengers.

“Our commitments to the environment and our local community are absolutely non-negotiable – we are determined to address the impact road vehicles have on our neighbours and to improve air quality on our roads. These Jaguar I-PACEs are the latest in a long line of initiatives we are taking to ensure that expansion is not a choice between the economy and the environment – and that we can deliver benefits for both.”

What do you think of this bold and futuristic move ?, leave a comment below.

The Era of the Electric Scooter is Here.