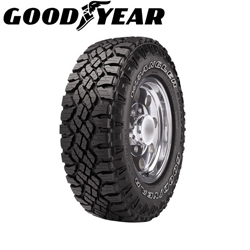 Goodyear is a well known and trusted name in tires, founded in Akron Ohio by Frank Seberling in 1898, they started making bicycle and carriage tires, casino chips and rubber horseshoe pads. The company was named after fellow American Charles Goodyear, the inventor of vulcanized rubber.

The company grew with the advent of the Automobile, and in 1901, Frank Seberling supplied a set of racing tires to Henry Ford.

Goodyear manufactured Airships of which the Goodyear Blimp is probably the most famous, debuting as early as 1912, but officially by 1925 the “Pilgrim” was launched the 1st Airship to use Helium.

Today Goodyear Tires are one of the 4 top tire manufacturers and suppliers.Goodyear was the most successful tire supplier to Formula 1 racing until their withdrawal in 1998.

Goodyear Tires are the sole supplier of tires to the Nascar Series, presently. This speaks volumes for their reliability and quality.

Imagine an ordinary set of Goodyear Tires on your car, so visit…

Until next Time "Safe Motoring"

Tags: All you need to know about tires, Car Tire Facts 101, Goodyear Tires the best